Over 170 years have passed since that July of 1843, when the first " Grandioso Establishment " was inaugurated in Rimini which officially marked the beginning of Italian and European seaside history and started the golden age of holidays on the Adriatic Riviera . Thanks to the hospitality and welcome of its people, the beaches of Rimini are still the most famous in Europe and as it has been able to grasp or even anticipate the needs of tourists and the fashions of the moment, Rimini is certainly still one of the destinations most loved and sought after holidays. Often, however, we forget that an ancient heart also beats in Rimini and that thanks above all to the interventions of the last twenty years, the city has been able to rediscover the splendor of the past and to qualify as a real city of art . For centuries, important monuments from the Roman era have coexisted for centuries, such as the Arch of Augustus , the Tiberius Bridge , the Amphitheater and the most recent and spectacular discovery of the Domus del Chirurgo , with those of the medieval and Renaissance periods left as a legacy especially from the Lordship of the Malatesta and in particular from its highest exponent Sigismondo Pandolfo . Of the Renaissance period we remember among all the family palace of Castel Sismondo and the Malatesta Temple designed and built by Leon Battista Alberti.

THE BRIDGE OF TIBERIO

The five-arched Roman bridge in Istria stone which, exiting the city center to the north, crosses the Marecchia river and marks the beginning of the Via Emilia towards Piacenza and of the Via Popilia towards Venice, it was said of Tiberius but in reality the construction began around 14 AD under the rule of Augustus. Borgo San Giuliano is quickly reached from the city center via the Tiberius bridge. Here you will find the atmosphere of the most popular and less touristy Rimini, with the typical "old-time" trattorias that serve steaming dishes with forgotten flavors. Even the master Fellini , when he returned to his Rimini, often went to the village to find friends. During the Second World War the Tiberius Bridge was the only bridge in Rimini not to have been destroyed, but the popular legend that although it undermined it, the Germans were unable to demolish it is actually without foundation, the merit must be attributed in fact to the good sense of an officer, who with the German army now in retreat, refused to destroy a real 2000 year old work of art.

THE ARCH OF AUGUSTUS

The great triumphal arch in Istrian stone, with the function of the city gate, was placed at the end of the via Flaminia that connected Ariminum to the capital of the empire, in 27 BC Dedicated by the Senate to Octavian Augustus, it is undoubtedly one of the Roman monuments most important and best preserved of all northern Italy. The main feature of the Arch of Augustus , even before its friezes and bas-reliefs, is given by the fact that the opening of the door was too large to allow its closure. This fully represented the policy desired by the Emperor, the so-called "pax augustea" which rendered the protection of cities useless when there was no danger of being attacked. The Arch of Augustus is probably the most loved Rimini monument by citizens and tourists and has always been the symbol of the city itself; like the Tiberius bridge it is also present in the heraldic coat of arms.

THE DOMUS OF THE SURGEON

The casual discovery, as often happens in these cases, of a Roman villa in the subsoil of the historic center of Rimini , occurred in July 1989, on the occasion of the redevelopment works of Piazza Ferrari. The excavations, which lasted about ten years, revealed an archaeological complex of extraordinary interest for the artistic level of architecture and in particular of the mosaic floors. The Domus del Chirurgo was built in the second half of the 2nd century AD and the name was attributed to it when the excavations highlighted findings that unequivocally confirmed the belonging of the house to a medicine man: spaces reserved for patient care, a remarkable apparatus of surgical and therapeutic instruments of enormous historical value and the inscription "Taberna Medica Eutyches Homo Bonus"

With the Tiberius bridge and the Arch of Augustus, the remains of the Roman amphitheater form the triad of the great imperial monuments preserved in the city. It was erected by Hadrian in the second century AD and is undoubtedly one of the most important and best preserved amphitheatres in Emilia Romagna that have survived to the present day.
Its elliptical brick structure measured in the major axis about 118 meters and in the minor 88 meters, dimensions of all respect that especially as regards the arena area approach those of the Colosseum . The height was around 16-17 meters and the external portico consisted of 60 arches of which unfortunately only two are still visible. Much of the amphitheater in fact, over the centuries was incorporated into the city walls and suffered heavy bombing during the Second World War.

Authentic jewel of the Italian Renaissance, it was strongly desired around the year 1450 by Sigismondo Malatesta who thus decided to perpetuate the glory of his family over the centuries. To this end he commissioned one of the most important architects of the time, Leon Battista Alberti to apply the noblest canons of classicism to the structure of a pre-existing Franciscan church. The work, due to some vicissitudes such as the papal excommunication inflicted on Sigismondo and the subsequent military defeats, remained partly unfinished, especially on the outside, but what has come to the present day is still sufficient to recognize the great talent of the 'Alberti. Inside the temple we can admire works of particular artistic value such as Giotto's Crucifix (from the period before the construction of the temple), a fresco by Piero della Francesca , a large canvas by Vasari and the remarkable sculptures by Agostino Di Duccio .

The historic center of Rimini can be reached in about 15/20 minutes by car from Bellaria Igea Marina (Strada Statale 16 Adriatica) or in about half an hour with the urban bus service (line n ° 4) or by train (line Ravenna- Rimini) with a stop at the Bellaria or Igea Marina stations. 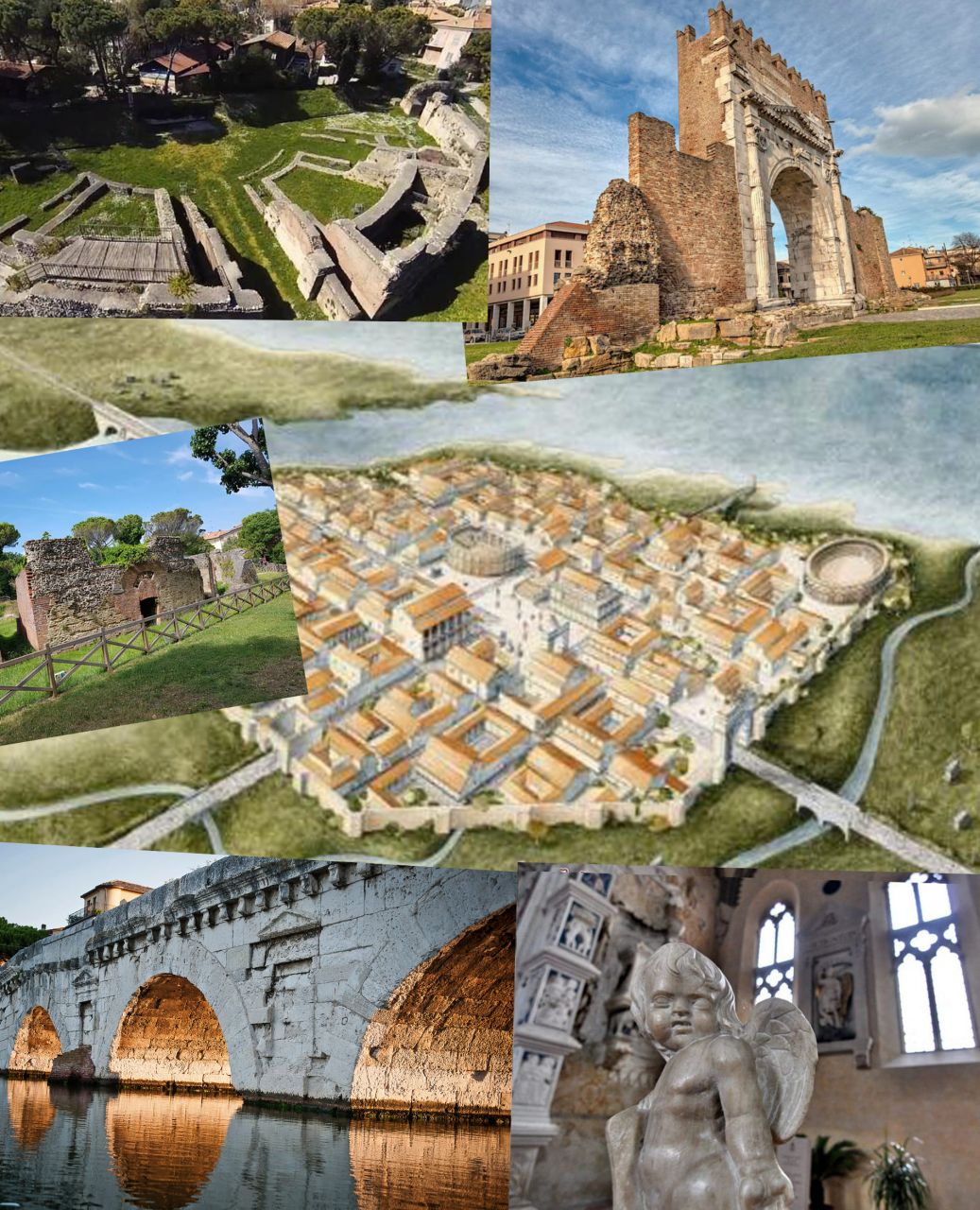